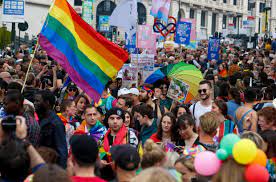 Although liberalism already appears at ancient philosophers such as Plato, Aristotle, and Cicero, the idea of modern-day liberalism is brought to us by the American Enlightenment and the European Enlightenment that followed shortly thereafter in the 1700s. The idea of classical liberalism, based on Greek democracy, but also embracing some ideological currents in the East, is born against the state religion that existed at the time and the aristocracy that oppressed the masses. The ideology is made a defining force by the French revolution that erupted in 1789 and is also supported by the scientific revolution of the age. Over the last two hundred years, liberalism has been here with us throughout and has become an increasingly dominant ideology, based on the principles of democracy, freedom and equality.

With the end of the dualistic global system, i.e., the Cold War, in 1991, it became the only dominant global ideology in open societies. Liberalism had no alternative, social philosophers believed that with this humanity had reached the upper back of the development, from here there is no further way, that is, history has stopped. Francis Fukuyama, an American philosopher, in his book titled “The End of History and the Last Man” argued bluntly that historical progress as a struggle between ideologies has come to an end, and a period of the Cold War, followed by an era of the rule of liberal democracy in the world, with the inevitable victory of political and economic liberalism. His prophecy did occur, but with results that questioned the very essence of the idea of liberalism itself.

The fact that the West became fully liberal brought with it the fact that European parties all became liberal. The distinctions between the Social Democratic European party family, the Christian-based European party family, the Greens and the Liberals have disappeared, as they all follow the same liberal ideology. With this, the foundation of democracy, free election, has become nothing, as the voter, regardless of which party he or she casts his or her vote for, votes for liberalism. This means that liberal ideology, in the face of its idea, just nullifies its most important principle, democracy.

Another principle of liberalism is continuous economic growth and continued social development. These two are the guarantee of the liberal ideology of freedom. Forcing social development became increasingly disliked by the majority of society, putting the individual at the centre led to the disintegration of the family model, forcing the social role of women to turn away from having children, weakening and ageing Europe, and increasing migration. And forcing same-sex rights on society has already highlighted the dictatorial nature of liberalism.

If we look at the impact of liberalism on the economy, we see that it follows the economic theory developed by the British economist John Maynard Keynes, the so-called Keynesian model, which is after World War II,  proved to be a unique and winning formula until the mid-1970s. At that time, however, the United States and Western Europe faced a new phenomenon: a combination of inflation and stagnation, stagflation, to which Keynesianism had no meaningful response. To stop this, US President Ronald Reagan first attempted to introduce the “Reaganomics” economic model, marked by his name, which involved regulating the free market and reshaping the role of the state. This new economic model is today called neoliberalism.

Neoliberalism, as opposed to classical liberalism, which did not take a good look at state intervention in market processes, favoured state-supported markets. This created a merger of the political and entrepreneurial elites.

Because classical liberalism has lost its essential element and the new one, neoliberalism, is far from carrying the ideas for which liberalism came into being, it spread in vain and became monopolistic in the free world after the success of bringing communism to its breakdown, it began to decline very soon.

The economic crises followed one another, as a result of the economic crisis in 2008-2009, economic growth came to a halt, the economic growth of neoliberal societies slowed down, and in some places even stopped. The liberal-based economy was at a dead end again and did not know what the solution was. One of the ideas of gaining back economic growth is to link it to climate change, with the mandatory introduction of new technologies, which they want to achieve by mentioning climate change that threatens the extinction of humanity. If we look closely, the goal of this idea is not really to save humanity, but neoliberal economic policy, as it does not rely on scientifically proven theorems.

Neoliberalism had no opponents until the advent of illiberalism. Illiberalism is neither from the devil nor alien to mankind, as it is nothing more than the reintroduction of well-known conservatism into modern society, along with its traditional values. Although many on the liberal side disregard these values, calling them ancient, outdated, there are two philosophical tendencies today: liberalism and conservatism.

The re-emergence of conservatism has caused endless panic among liberals, who have closed themselves together and are now completely lying about the original purpose of liberalism, dictatorially demanding that their laws be obeyed. Those “deflectors” who turn away from the idea of liberalism, as it accustomed to from sectarians, would be stigmatized, stoned, and would rather be destroyed. That is exactly what the leaders of the European Union are doing today.

The two European countries that have taken up the fight against the enormous superiority of liberalism for the time being still seem weak in a global system, but they still keep up in the growing liberal dictatorship.

If they are going to succeed with this, we can answer this with the immortal words Imre Madách, a Hungarian writer, poet, lawyer and politician:  “Where denial gain a footing, your world will be defeated…”