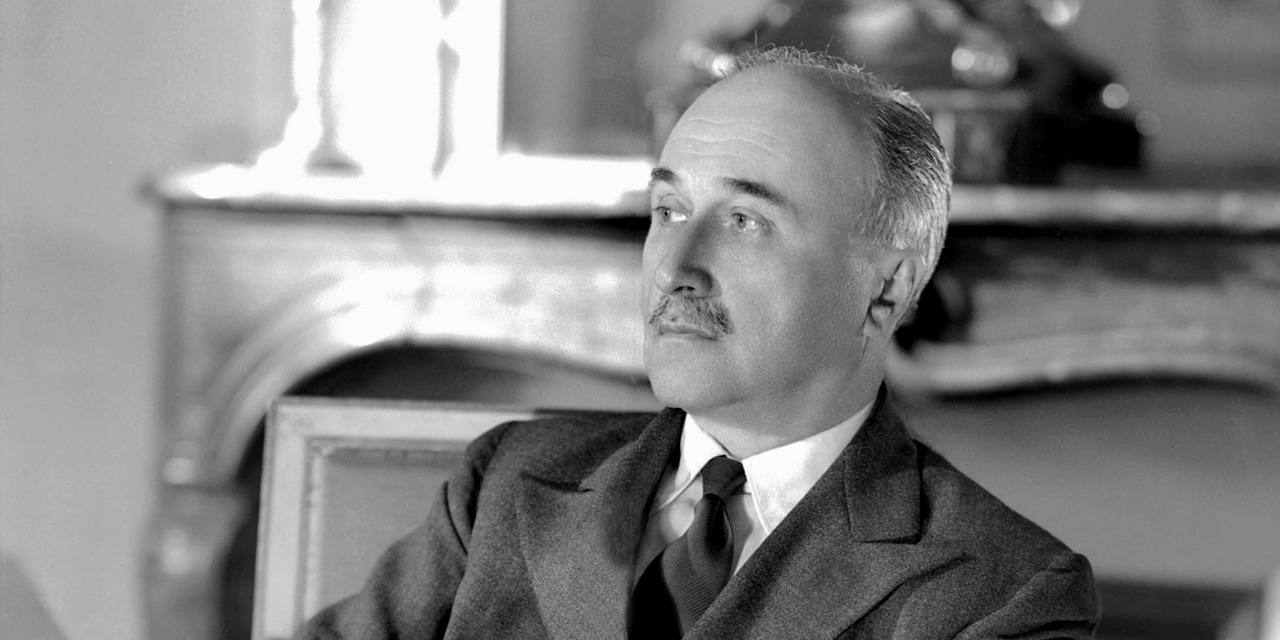 In Brussels, the legacy of Jean Monnet has been forgotten! Jean Monnet, the inspiration for the European Communities

There have been many illustrious figures throughout the centuries who have dreamed of uniting the peoples of Europe, from Goethe to Victor Hugo, and more recently to the Austro-Hungarian Count Richard Coudenhove-Kalergi! But these dreams came up against the ambitions of the great European powers, the aspirations of small nations to find their way to independence and, quite simply, conflicts of interest and neighbourhood. And the dreams evaporated, when they were not drowned in the blood of fratricidal wars.

But Jean Monnet, it can be said, was the only man capable of transforming a dream into a reality. And yet nothing predestined this son of a Cognac merchant in the French provinces to become the Father of Europe, this self-taught man who left school at the age of 16, this “adventurer” who secretly married a beautiful Italian woman in Moscow in 1934! Nothing but immense courage, dazzling intuitions and a lot of pragmatism!

He had immense courage in those early years when, at the outbreak of the First World War, he managed to force his way into the office of the French Prime Minister, Viviani, while the government was precariously withdrawn to Bordeaux, to propose the creation of joint bodies between the United Kingdom and France to manage the logistical and economic efforts of the war. It was a brilliant intuition which contributed to the Allied victory and which he repeated again in 1940, this time with the authority of a man who had been in the meantime deputy secretary-general of the League of Nations, a banker and a businessman, and who had been able to forge solid relations on both sides of the Atlantic to the point of having become an intimate of Roosevelt and Churchill.

As early as 1940, Jean Monnet, informed by the consequences of the German humiliation after 1918, thought about a European architecture that would allow Germany to be firmly anchored in the camp of the democracies. An intuition that our politicians would do well to draw inspiration from today in the face of Russia at war with Ukraine.

Jean Monnet was able to give the full measure of his pragmatism when he drafted the declaration made by the French Foreign Minister Robert Schuman before the French National Assembly on 9 May 1950, the famous Schuman Declaration, the founding act of the European Communities, first Coal and Steel with the ECSC, then non-military atomic energy with EURATOM and the Common Market with the EEC Treaty. Few people know that Jean Monnet was very enthusiastic about EURATOM in particular and the idea of an Energy Community in particular, but much more reserved about the idea of the Common Market because he was wary of generalised free trade, which he saw as competition with his original idea: countries decide to pool, step by step, important resources and to manage them together through common bodies! Jean Monnet later perfected his idea, with the help of his collaborators, especially those from the Benelux countries, by adding the fundamental principle of equality between all states, whatever their size: small Luxembourg was thus at the same table as large France! An essential principle that has been forgotten today!

Jean Monnet’s opposition to the idea of establishing a European civil service is ignored or overlooked because he considered that Europe could not become a career and he feared above all the event of a European bureaucracy cut off from reality! This was one of the reasons why he left the ECSC High Authority, the forerunner of the European Commission, in 1955, just two years, nine months and 24 days after being appointed its first President. Jean Monnet, on the other hand, advocated a light European administration, made up of agents from national administrations, social and employers’ organisations or the private sector, with short- or medium-term missions. On this point too, it can be said that he showed courage in renouncing any European civil service as early as 1955, and intuition in the face of the risk, alas, of a European bureaucracy cut off from reality.

The idea of “Communities” has been buried

Jean Monnet died on 16 March 1979, but it was on 1 November 1993 that the European Community or Communities officially disappeared and was transformed into the much more banal and less symbolic “European Union”!

However, it can be considered that the Single European Act of 1986 prepared the ground for the burial of the very idea of the Communities. Indeed, this Treaty, even if it contains notable advances in European cooperation in many areas, establishes the pre-eminence of the “European internal market” which will gradually become the alpha and omega of Europe, which was not at all Monnet’s initial idea:

– It was the internal market that would push for European standardisation to the detriment of the sound principle of mutual recognition of standards in force in each state. Uniformity becomes the objective and no longer respect for diversity

– From the Single European Act onwards, Europe’s external trade policy was weakened and the principle of ‘Community preference’ gradually disappeared, because the supporters of the internal market wanted to extend it to a global market

– It was the internal market that established the principle of posting workers from low-income countries to high-wage countries, establishing a form of social dumping

– It is from the Single Act onwards that we will stop worrying about European industry, and abandon the great ambitions for the activities of the future (the end of the ESPRIT programme)

– It is from the Single Act onwards that the permanent attacks on the only real common European policy, agriculture, begin!

Subsequently, the various Treaties of Nice, Amsterdam and Lisbon completed the ‘deconstruction’ of the Community project:

– Legalising the “delegated acts” of the European Commission, i.e. laws that are not subject to the approval of the states and the European Parliament or to the opinions of social actors

– Creating ever greater disparities between states according to their size (number of votes in qualified majority voting, taking into account the size of countries

in votes, number of seats in the European Parliament ensuring Germany’s pre-eminence…)

– Multiplying the number of decentralised and executive European agencies (nearly fifty today!!) by considerably increasing the number of European civil servants and assimilated (not far from 100,000) making the European adventure a career and a sinecure and no longer a commitment and a vocation,

Without a return to the Communities and the Monnet method, there is no salvation for Europe!

More than ever today, Europe is divided, despite deceptive appearances and summits of heads of state and government that multiply without results. The Europe of defence remains a delusion because it is NATO that is being strengthened and national armies are being “bought American”. The Europe of energy still does not exist because our dependence, yesterday on Russia, today on Azerbaijan, on the Gulf monarchies or on the USA, is only growing…

And yet, there is a great need for the concrete achievements dear to Jean Monnet. We could cite dozens of areas of inaction by Europe on subjects that directly affect the citizen. Just one small example: the necessary pooling of our resources for fighting forest fires and natural disasters by creating joint mobile units, when we see, year after year, these disasters hitting European populations more and more severely and Europe acting with delay when national resources are insufficient.

And what about our industry? For the first time in 2022, in the strategic field of chemicals, Europe imported more than it exported. The USA is reindustrializing while Europe is deindustrializing! Our agriculture is floundering while inflation is soaring! Our best talents are leaving the European continent while streams of poorly qualified migrants are invading Europe! What are the European answers? Nothing but reports and conferences, but no concrete actions.

There is no longer any courage, intuition or pragmatism in Brussels!

Author of “Twilight of the Bureaucrats”